The municipality of Cserkeszőlő exists since 01 January 1952 as an independent village, it had been a part of Tiszakürt before that. Tiszakürt and thus Cserkeszőlő has been a municipality of Hungarians for more than 1,000 years. The name „Cserke“ most likely means reconnaisance commander, that was remembered in the folklore, as Chieftain Cserke.

Hungarian-American Oil Searching Company found the future fame of Cserkeszőlő, the 93°C (199.4 °F) thermal water in 1938, that rose from a depth range of more than 2,000 m. The well was closed during the Second World War and it was reconstructed in 1948. The investigations have discovered later - what the people, who were digging holes in the sand, around the draining depth water, sensed instinctively - Cserkeszőlő thermal water is an effective medicinal water. Grape production in sandy soil has played a really great part in the emergence of Cserkeszőlő, the name, used also today has been improved this way. The construction of the spa was started in 1954 - it has become more and more popular among the inhabitants of the neighbour villages and towns. Despite the deservedly famous medicinal water, the development of the spa and its environment was not properly emphasized until 1998, but Cserkeszőlő spa has been completely reconstructed and significantly developed in last years, its environment has been beautified, thus it welcomes the guests in a dignified way.

Location and access
Cserkeszőlő is a village in the Great Plains, it is located in Tiszazug in Jász-Nagykun-Szolnok County. The main road nr. 44 crosses through the village between Kecskemét and Gyula. The spa and the accommodations were established next to the main road.
It is accessible from Budapest to Kecskemét on M5 motorway and from Kecskemét on main road nr. 44 at the milestone nr. 45. The village is accessible by bus from the entire country, the bus stop of the municipality can be found really close to the spa.
The municipality is a real holiday resort, its population is more than double of the regular population in the main season. The touristic season is annual, thanks to the medicinal water and the recently opened Winter Spa; a part of the Beach is opened in the main season, but the external pools, heated by the medicinal water and the medicinal water pools are available in winter as well.
The village and area is an ideal choice first of all for those, who want to relax and heal in a calm and natural environment.
The typical plant of the area („szőlő“ means grapes) is included in the name of Cserkeszőlő as well. Huge grape plantations can be found all around. Beside the enjoyment of the wines of the Great Plains, several restaurants host the guests. Polytunnel gardening is really popular in the area with sandy soil, providing the supply of fresh vegetables also for the guests this way. 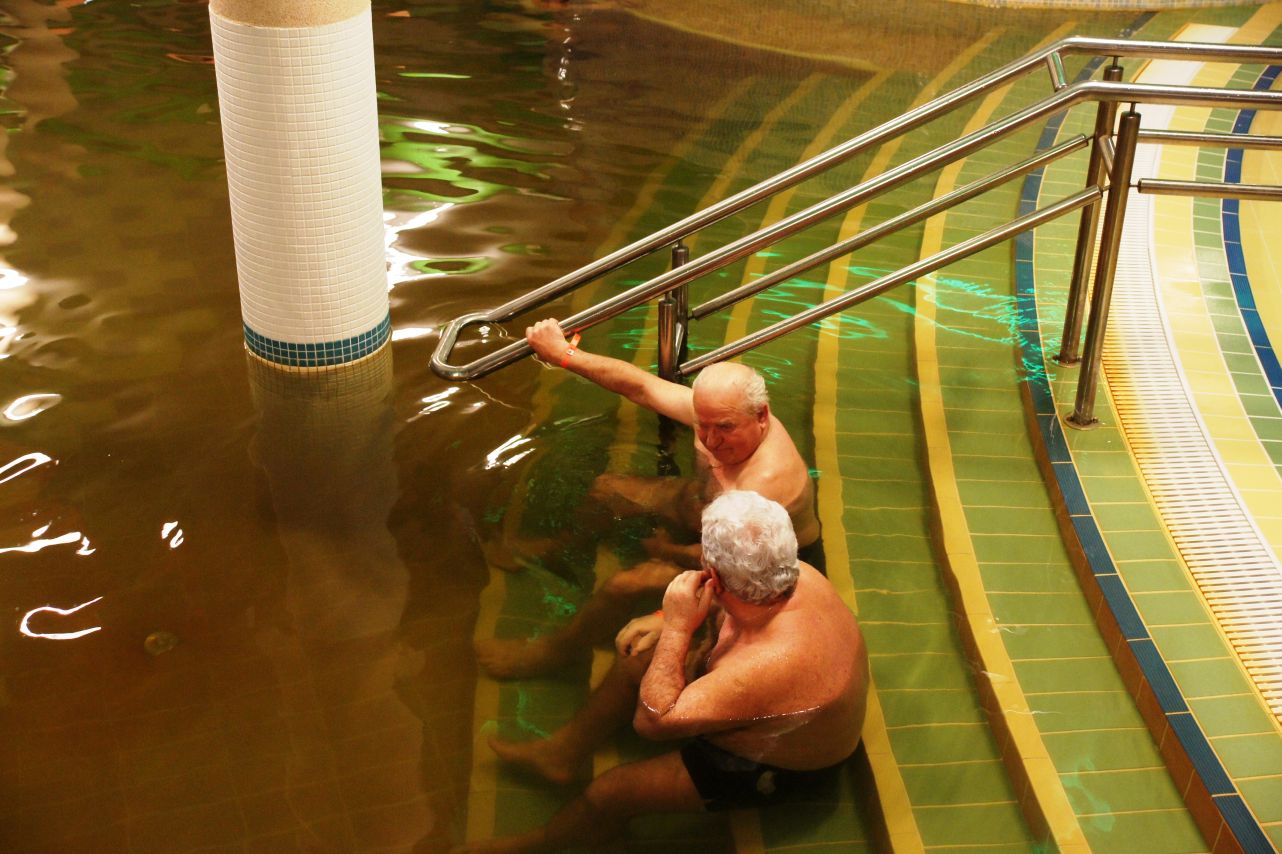